Office 2021 or Microsoft 365? Why are there two competing products by Microsoft? What to look for when considering the best choice for you?

A brief history of Office software provisioning and consumption

In the 1980’s, PCs were connected only over local networks, found in organizations and companies that could afford the investment.

The Internet was not yet known at large. Software products were delivered on magnetic media (Floppy Disks), later on optical media (CD’s, DVD’s), packaged in colorful boxes you would buy for a one-time fee off the shelf.

I can still recall the 3.5 inch 14 Floppy Disks pouring out of a large box bearing the promising print: Windows 3.1. 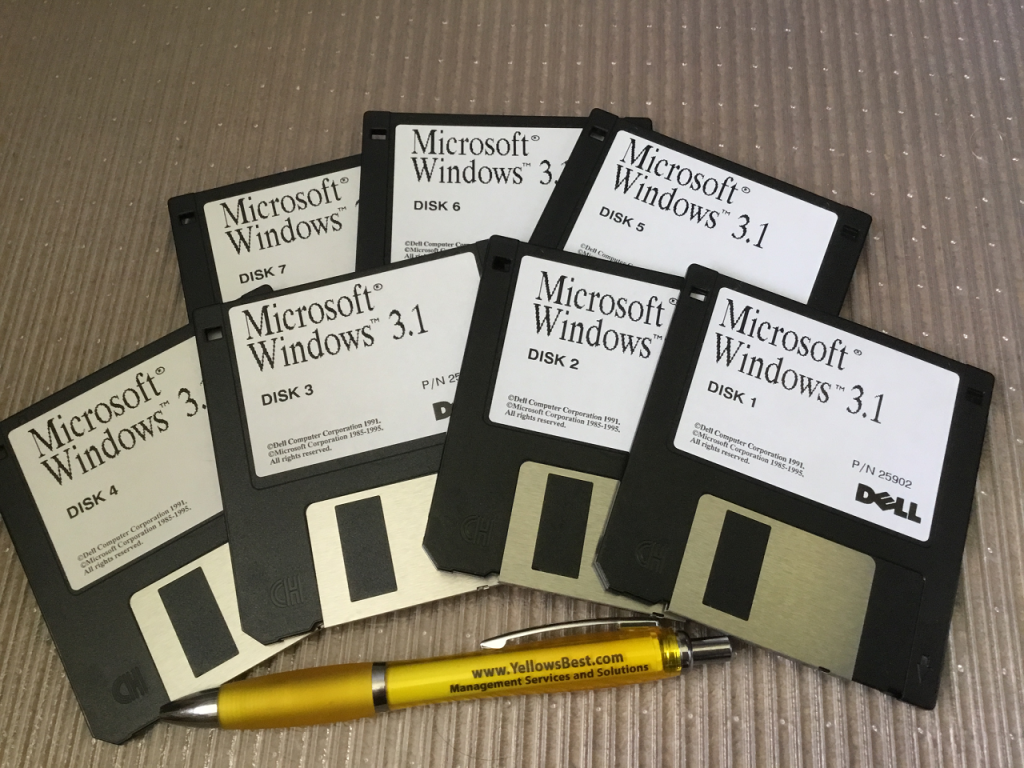 As our computers became connected to each other over the Internet, new opportunities emerged.

Software could now be bought on-line and downloaded over the net. There goes the big box.

It took a while for the corporate culture and fear to settle before trusting the net and letting go of the “Installation” approach. This was catalyzed by the ever-growing cost of maintaining a complex and large installed footprint of software of different technologies, interfaces, API’s and updates.

Cloud computing was probably first coined by Compaq company back in 1996, reflecting the promise of taking away the “Installation” burden off the IT departments, moving it all to some magical “cloud” to handle the technicalities, offering a convenient “plug” to just consume the service you need.

As with other products undergoing the same process of utilization from a product to a service, the commercial model followed the consumption model, and we started paying a monthly fee for the service – just like we do with electricity, gas and water.

Steering the turmoil of a market changing from product to service

Microsoft was late to identify the revolution of the Internet, and late to realize the shift to cloud computing in the enterprise.

With the announcement of Azure in 2008, Microsoft strategically decided to storm the cloud, intending to secure a footprint in tomorrow’s forming market.

Still, Microsoft faced tremendous business and technical challenges: its revenues were driven by well entrenched on-premise products, a stronghold in the IT departments and dominance of software licenses sold in “boxes” to the consumers in their homes.

Changing the message and preparing the market to something else would risk their steady stream of revenues by customers waiting for the new technology to emerge.

What’s more, contrary to their on-premise dominance, they were behind the nimble competition sticking a leg in the innovative cloud market. Amazon had introduced its Elastic Compute Cloud (EC2) back in 2006, some 4 years before Microsoft had released its cloud platform, Azure.

Google already started replacing email client installations with Gmail (released in 2004) and Amazon started crawling into the enterprise with their bold, first business application provisioned from the cloud: Amazon CRM.

On the technical front, not fewer challenging hurdles presented themselves.

Microsoft was deeply invested in the servers and on-premise stack, from the operating system through databases, middleware, development and engineering technologies up to the applications used by almost everyone: consumers and corporates alike.

Developing for the cloud was almost like starting over, while the competition already serving the market with services designed from the ground-up for the cloud.

Microsoft had to re-invent itself, literally, in many aspects, to prepare for the new cloud era.

Why do we have two Office products?

Contrary to the golden days of the “boxes” products, Microsoft is far from holding the better share of the cloud market today (Amazon does). We may still see market share growth with time (and Microsoft do record impressive growth results in the IaaS space), but a hybrid revenue model is anticipated to remain important for Microsoft for some time.

It may now be obvious why we have two Office offerings to choose from.

One product is fighting the Office services provisioned from the cloud, while the other is keeping revenues from the legacy “Installation” market.

The confusion, however, usually stems from the unclear distinction between the consumption model and the commercial model.

What is the difference between Office 2021 and Microsoft 365?

While both products today present an evolution of the legacy on-premise MS-Office package, they are provisioned in two ways: on-premise installation or on-demand subscription. The licensing options, however, cross the two consumption options.

When you buy Office 2021 (replacing Office 2019) in a “box”, you are buying an on-premise software, and you pay a one-off payment for the product.

When you subscribe to Microsoft 365 (formerly MS-Office 365), you are paying a recurring annual fee, but you still have the choice of installing the on-premise package or consuming it over the cloud.

However, the two on-premise packages have a significant difference most people are not aware of.

Office 2021, once installed, is not enjoying innovative new features and updates released by Microsoft on a regular basis. Microsoft 365 is constantly updated with new features and functions, even if installed on your local machine, reflecting the “subscription” agreement you have with the company.

But that’s not the only difference.

Microsoft wants to see everyone migrate to the cloud. Why? Because they can sell you more and more cloud services, and you are a captured customer for life.

Microsoft 365 comes with the Office suite of products, 1TB of cloud storage per person and customer support.

The 1TB cloud storage is the bite.

Once your files are on their servers – you would think twice before leaving. They capture you for good and on top of that new services and offerings can be sold.

I would love to leave Gmail today, but Google has captured me with 20 years of searchable, indexed emails. It’s almost as if they have nailed my neck to their service.

If you remember, Microsoft did this with the on-premise products as well. They bundled Windows with the Internet browser while making it hard for competitors to offer other browsers for Windows (remember Netscape?).

What should you choose?

Microsoft really makes it hard to go with the classic Office 365.

Their strategy is totally geared towards the cloud, and you are somewhat a second-grade customer if you are not a cloud subscriber.

On the other hand, with a one-off price tag of $150 per installation, it may still be appealing to some users. I have customers who are still using Office 2010 today. Are they missing out on a huge pile of new features? Yes. Is it still serving their business?  yes. Fair enough.

For a corporate, buying licenses in large quantities while storage requirements are met by other solutions, the cost/benefit analysis may favor the classic on-premise deal. They stretch the use for many years on the same release, thus avoiding ongoing high subscription costs.

For the home user, however, I believe the Microsoft 365 subscription at $70/year may be better in most cases.

The Family edition, offered at $100/year for a family of 6, is even a better deal to consider, even for only 2 members in the family.

Each member receives 1TB of cloud storage, meaning 6TB for $100/year, on top of the Office suite of applications.

Should you install Microsoft 365 or use it as a service over the cloud?

Here, I strongly favor installing on-premise, unless you require concurrent shared documents with other users and no need for automation scripting.

If you must have a cloud service – you should also consider Google’s competing offering, especially if you need automation scripting.

Google had a lot to catch up with in terms of features and functions, but their cloud platform was built from the ground up as a cloud service with Javascript as a backbone that is open for us to use while accessing Google objects across their platform: emails in Gmail, files in Google Drive, etc.

Microsoft, on their end, had to find an answer to scripting, not only to par with Google, but mostly to attract the huge VBA enthusiasts they now want to move to the cloud.

However, it is moving slow, and we are yet to see the newly adopted scripting language for Microsoft 365 on the cloud, TypeScript, adopted en masses by Microsoft’s customers.

TypeScript is a significant shift from the Microsoft family of programming languages and mindset, based on the legacy BASIC language, towards the Javascript family and style, which is very different, especially for non-professional programmers who learned VBA over the years and produce highly productive solutions by now with VBA, where they feel at home.

Bottom line, Microsoft 365 is a very good and attractive option for most of us, and opting to install the on-premise package would allow to keep enjoying the full features and experience of the good old MS-Office suite, VBA included.

Budget considerations and being comfortable with not using the latest features out-there for 3 or more years, may dictate the Office 2021 deal.

What is your take on the issue? Let me know in the comments below.